Wrington Thru the Lens was launched at an exhibition on 30th April 2017 in the Wrington Memorial Hall during which more than 300 local residents attended. The project is aimed at local people who have an interest and passion for Wrington’s social and industrial history. The launch exhibition displayed copies of old historical photographs and an original copy of the Wrington Estate sale catalogue of 1895. The large, fully bound catalogue comprised 163 pages detailing 6,000 acres up for auction that included 26 farms, land and buildings in the village of Wrington, Redhill and Burrington, and also included the Golden Lion Hotel and the Darlington Arms. Visitors were also encouraged to bring along photographs or other historical documents that could be scanned and digitised during the event.

The idea for the project was inspired during a visit in 2008, when John Rubidge had been invited to be a special guest at a local history group exhibition in West Hoathly, the Sussex village where he was born and grew up. The invitation was an acknowledgment of the significant contribution his grandfather and great grandfather had made in bringing village history visually to life through their photography in the early 1900s. They were both keen amateur photographers with their own developing studio, where they not only processed photographs, but also hand painted prints, and produced postcards. The West Hoathly Local History Group hold an annual exhibition to display photographs, maps, documents, and various artefacts that help the local community learn and appreciate the village’s heritage. Amongst the photos on display at the exhibition, many of which had been taken by John’s grandparents, was a photograph of West Hoathly Station, taken 100 years earlier in 1908. There are many parallels between Wrington and West Hoathly, both being similar sized villages, West Hoathly nestled in an ancient area of the High Weald in West Sussex, between the North and South Downs, surrounded by beautiful countryside, farmland, historic buildings, some dating back to the Doomsday book, with iron ore works dating back to Roman times. Wrington is so similar in character, being close to the Mendip Hills, in an agricultural landscape, and like so many other villages in rural England, the local railway that linked communities and industries together had both been closed in the early 1960s. The exhibition triggered an idea and the concept for a project that could explore Wrington’s social and industrial heritage, as captured through the camera.

In parallel to scanning and archiving activity, there is research work underway to explore stories associated with photographs and other records to enable us to write a book containing many of the images and stories that have been discovered about Wrington’s social and industrial history. Wrington has such a rich source of historical information, its large parish in North Somerset is situated in country close to the river Yeo, sheltered by the Mendip Hills. Written history of the manor of Wrington begins in 904 AD, when King Edward, the son of Alfred the Great, re-confirmed a grant of Wrington to Duke Ethelfrith. In about 946 AD an heir Duke Anthelstand became a monk and thus the manor passed within the jurisdiction of the Benedictine Abbots of Glastonbury. For the next 600 years, the Abbots of Glastonbury were lord of the manor, then followed Dissolution of the monasteries, and the grant of Wrington then passed to Sir Henry Capel, the family destined to become the Earls of Wessex. After succession of lords, the manorial property was sold and disposed of to various owners in 1895.

The invention of photography enabled a few wealthy and professional people to start capturing Wrington on camera, with access to photographic equipment and studios for portrait work, and field equipment for outdoor photography. Back in those early days the process was slow and cumbersome, hence only a few early photographs of Wrington exist. The introduction of the Kodak Brownie No 1 by George Eastman in 1900, selling for just $1, the ‘Box Brownie’ as it became known, was the companion of many early amateur photographers, hence we see many more photographic and postcard collections emerge in the early 1900s. 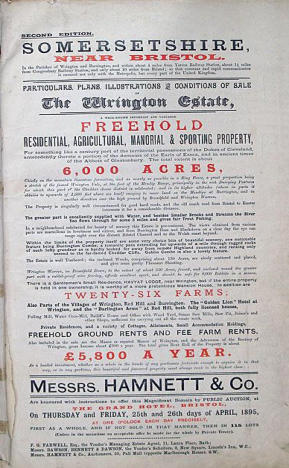 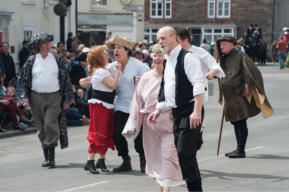 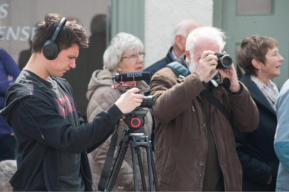 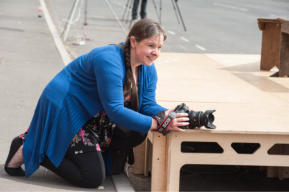